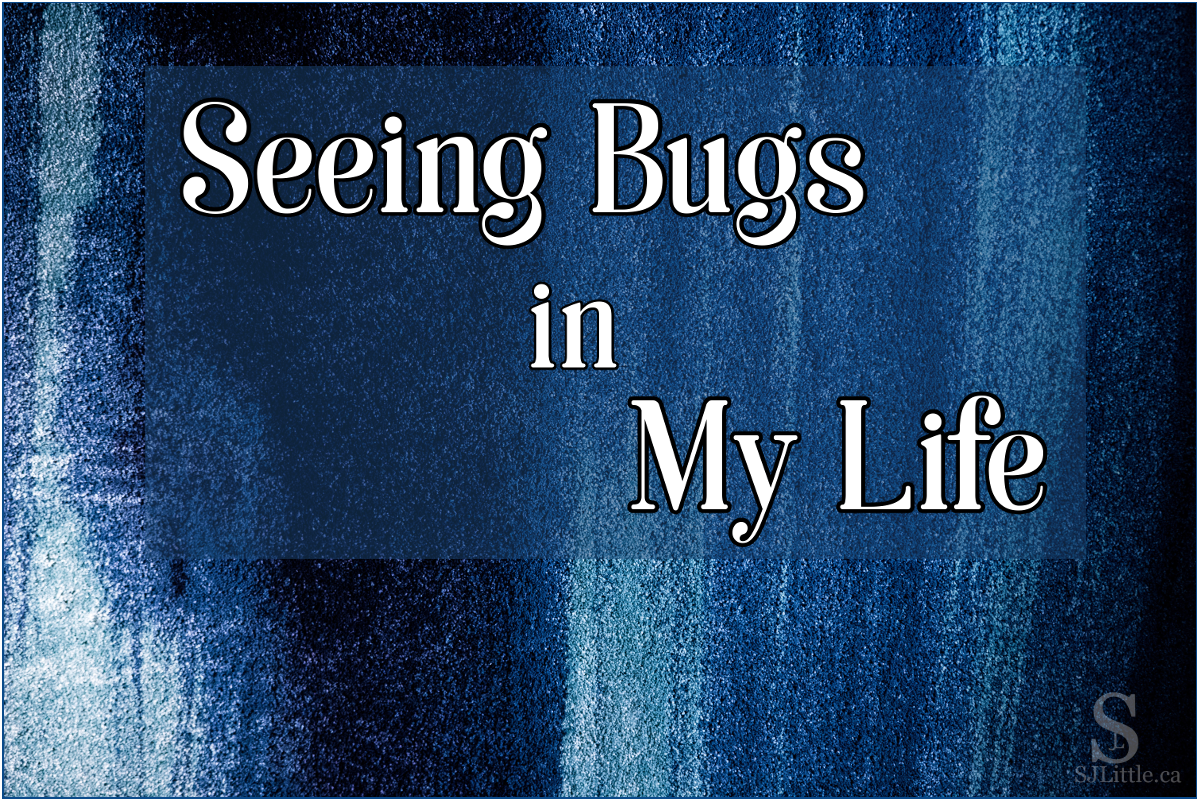 One morning, not so long ago, I spent some time praying before my day got started.

As is my habit, I brought before the Lord my family and friends and those whom I know have heavy burdens just now.

I glanced at the clock, it was time to get moving. I had things to do and breakfast to eat.

To close my time of prayer, I took a moment to kneel as I asked Him to be Lord of my day.

It was at that moment, as I knelt, that I saw them. 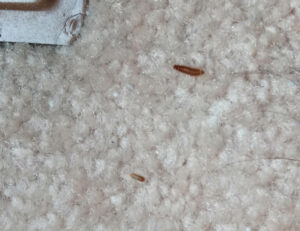 First, I saw one little red-ish speck on the carpet, then I saw another. Leaning closer I realized they were bugs.

To my dismay, one careful survey of the surrounding area revealed several more bugs of the same type.

They weren’t fast bugs, nor terribly scary ones. It had surely taken them quite some time to get to where they were now. They looked almost like mini caterpillars, so small that, had I been standing, I likely wouldn’t have noticed them.

If there were so many of these bugs scattered across the floor, then naturally I had to assume there was a source of food nearby. Clearly they must have a well-fed flourishing colony.

I surveyed the carpet again. The scattering of bugs appeared to radiate from one particular cabinet. 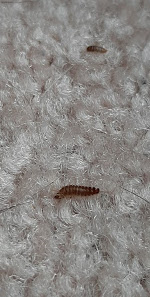 Immediately I could guess their food source. That cabinet had previously spent many years as the cat food place. While we had a dog, it was necessary to place the cat food on top of this cabinet to keep the dog from eating it.

My cats, unfortunately, were rather messy eaters. When they ate dry cat food, they always left large amounts outside the bowl. Despite our greatest efforts, some of that cat food fell down the back of the cabinet.

There was little doubt in my mind that it was that old spilled cat food that nourished these little bugs. To them, it was a feast allowing them to multiply. To me, it was an old unreachable space that had not fully been cleaned out.

Later that day, the effort was made to move this heavy cabinet so as to reveal the hidden and unreachable places behind it.

After a thorough vacuuming and cleaning, the spot was declared good and the heavy cabinet put back in place.

So what? Why do I share this morning’s adventure? Because it got me thinking.

Do I have hidden and unreachable places in my life that need to be revealed and cleaned?

It is a convicting question. I can recall times in the past when God has brought to light things I hadn’t dealt with, which in turn had begun feeding bugs. Things that I didn’t realize or remember were there until I started seeing bugs and, with God’s help, found the source – a process which sometimes took months or years.

No matter how many bugs I got rid of, if I never found the source – the thing that was feeding them – I would forever find more bugs.

The cabinet in my house behind which the old cat food lay was heavy and hard to move. When I trace the bugs in my life to their source, I may find something similar. The source may be blocked by something I can’t move myself. Often only God can clean and heal those areas.

How then, am I to notice these bugs in my life?

More often than not, it must be God who enables me to spot the bugs in my life.

I believe it is primarily when I walk closely with the Lord with a humble heart that He reveals these bugs to me and guides me to their sources.

When did I spot the bugs in my house? When I knelt to pray.

Had I walked through the same room remaining on my feet and busy going about my day, I would never have noticed them.

I believe there is a lesson there for me. Yes, I need this reminder.

More often than not, it is when I take time to pray that God reveals to me the bugs that must be dealt with in my life. 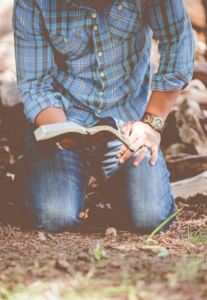 May I more often join David in praying:

Indeed, “may the words of my mouth and the meditation of my heart be acceptable to You, Lord, my rock and my Redeemer.” (Psalm 19:14 CSB)